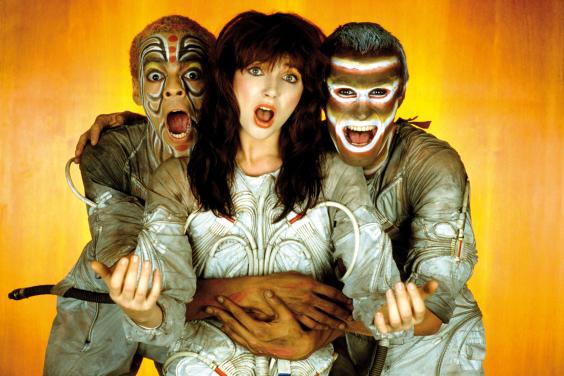 Ok I know we've been here before but these are a couple of my favourite things in one very nice and reasonably rare image.  Follow the Ventilation Suit link below to find out all about what Kate and her dancers are wearing but alternatively just admire the singer in all her perfection then go listen to some of her music. Then come back and consider where best one might sell one of these suits and add your thoughts to the comments below.  Its not me that has one, by the way, but I'm nothing if not helpful and you lot seem to be as well.  Lets have discussion and see if we can't help a fellow out.
Steve
Posted by Steve at 16:21 6 comments:

Email ThisBlogThis!Share to TwitterShare to FacebookShare to Pinterest
Labels: Kate Bush, Music, Not Really A Spacesuit but, Ventilation Suit 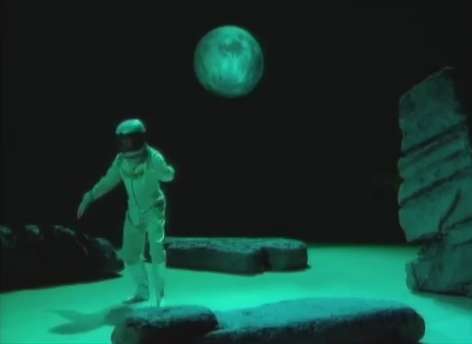 An interesting and convoluted path to this one that involved finding a year old message on Facebook from a fine fellow called Paul Carsola, who was alerting me to yet another appearance of the Men into Space helmet cropping up again on American TV.  Well I say again like it just happened, but although its all new to me, this was actually back in 1975 on something that I am informed by the internet, as the long running and much loved American variety TV show called: The Lawrence Welk Show 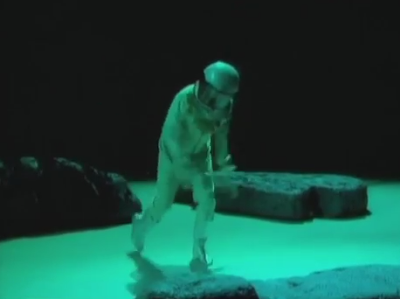 Being born and raised on the other side of the Atlantic Ocean means that I didn't ever get to share in this cultural touchstone, although we had our own version of this kind of thing, that I would imagine was on a par with things like Morecambe and Wise making breakfast.  This:-
https://www.youtube.com/watch?v=EFgdhZGLJrY
My new years gift to you, my American chums.
Anyway, the pictures above are of Arthur Duncan from a show in 1975 however there are two different versions of the routine  on YouTube so its possible it was performed more than once, although the costume seems to remain the same. 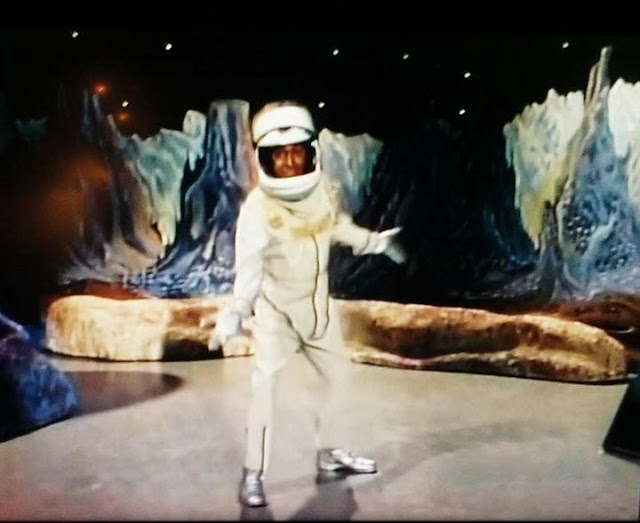 This image is from the other one if anyone more in the know would like to date the episode.
Interestingly while reading a bit about The Lawrence Welk Show and looking at images, I discovered that I sort of have blogged about it back in 2012 but for a different reason, which were namely; Sandi and Sally, two members of the Welk's "Musical Family" 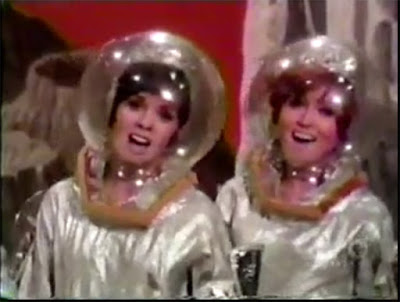 I'm heading over there now to tidy that post up a bit, so you can join me and read more by following the "The Lawrence Welk Show" label below.
Thanks again to Paul for the pointer on this one and sorry it took so long to find your message.
Steve
Posted by Steve at 15:57 2 comments: 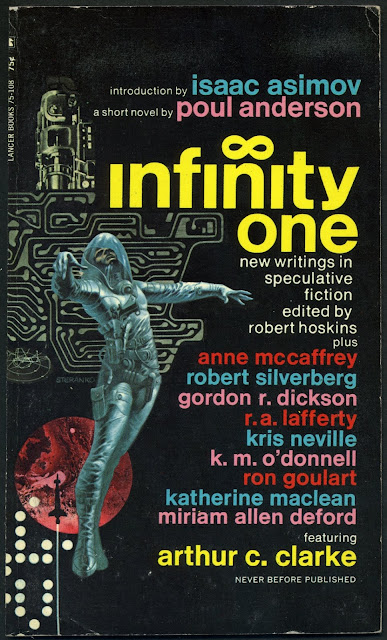 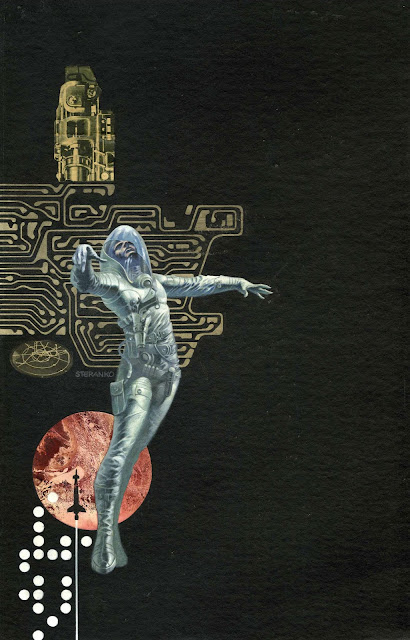 Obviously Steranko is all kinds of genius but a Steranko spacesuit is a thing of beauty.  Click on this to see it in all its glory.  Then go search the internet for some of the finest comic covers you will ever see.