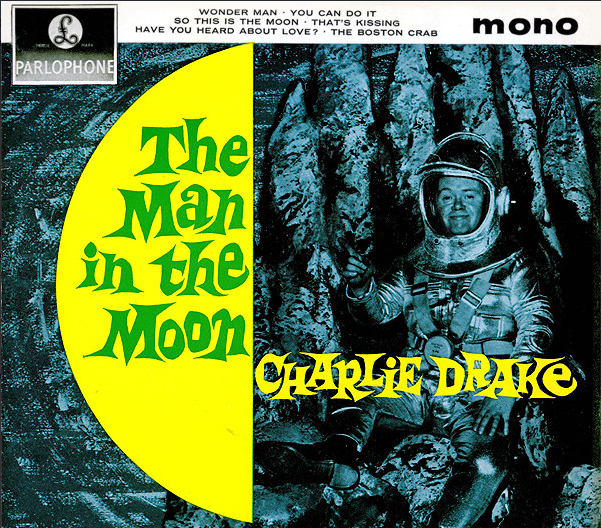 This is the cover of The Man In The Moon, the 7" 45rpm EP record featuring Charlie Drake, The Michael Sammes Singers and Johnnie Spence And His Orchestra.  This vinyl release featured the hit songs from Robert Nesbitt's Space-Age musical, which ran at the London Palladium from December 23rd 1963 for the Christmas season.  (That's roughly the same time that the British public were catching there first glimpse of Doctor Who's Daleks!)  Now I wasn't around back then but I am just old enough that everything above means something to me and I actually know, broadly speaking, who all of those names are, but then I am developing a latent taste for cheesy old tunes of yesteryear.