Inside The Mind of Professor Stephen Hawking (2016) 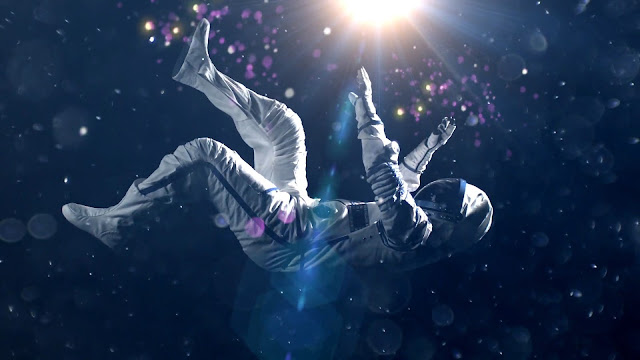 More stuff from Morph creators Aardman. "Inside the Mind of Professor Stephan Hawking", a short tribute film to the great big old brain-box himself. 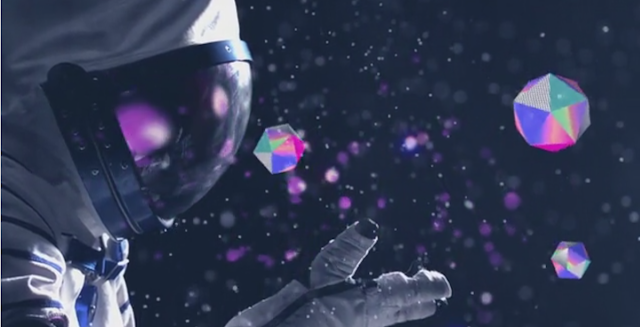 This short film was made to accompany Hawking's Reith Lecture and should be viewable here.... 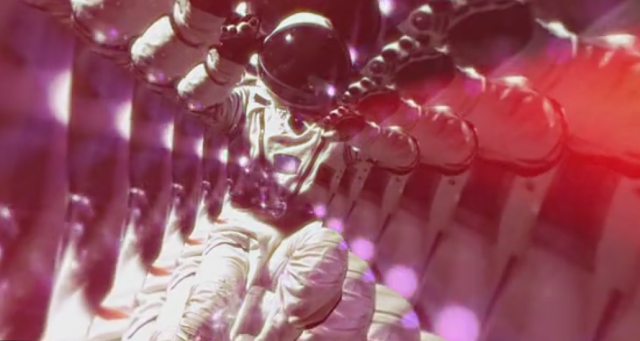 Email ThisBlogThis!Share to TwitterShare to FacebookShare to Pinterest
Labels: 2016, Inside The Mind of Professor Stephen Hawking, Video 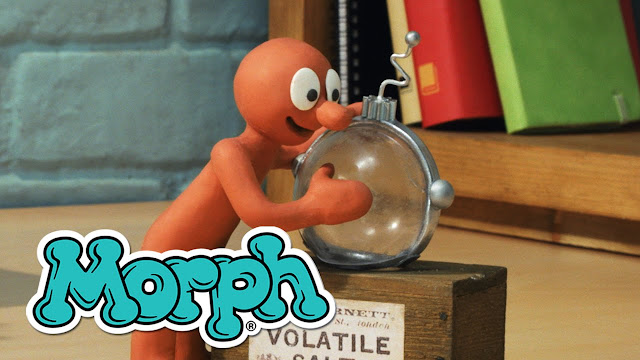 Morph is a much loved British TV animated character that has been around for decades and who, in 2016, went where no other plasticine creature has gone before. 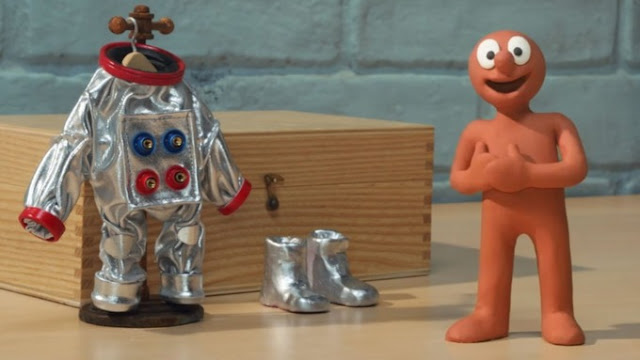 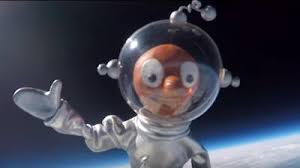 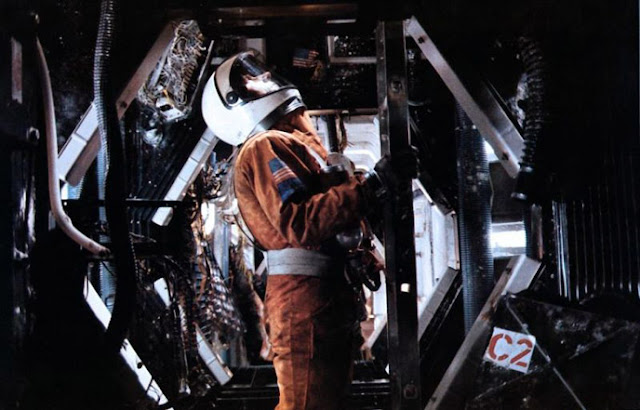 Das Arche Noah Prinzip AKA The Noah's Ark Principle is a 1984 West German film written and directed by Roland Emmerich. 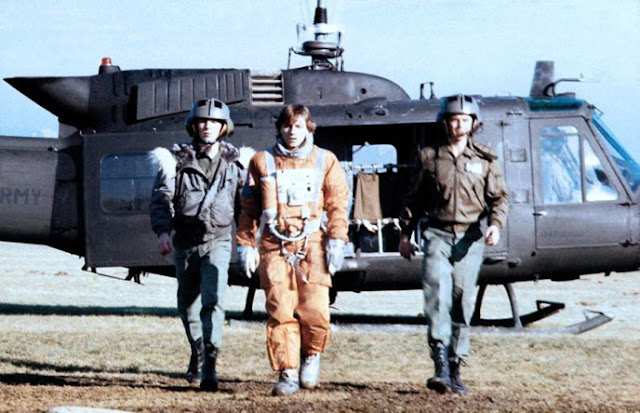 IMDB says: Near the end of the 20th century, WMDs (weapons of mass destruction) are retired. However, certain factions plan to use a science space station as a weapon against each other. The astronauts inside will decide the world's fate 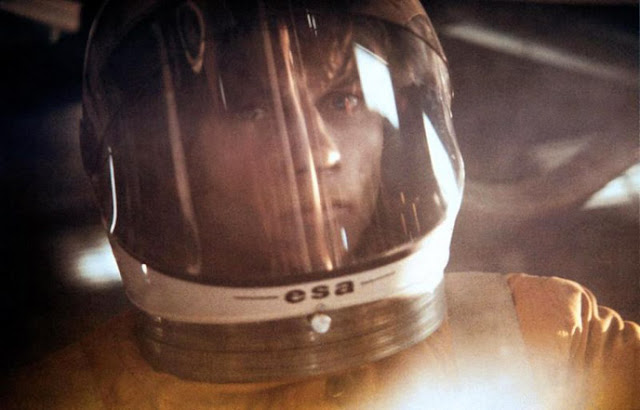 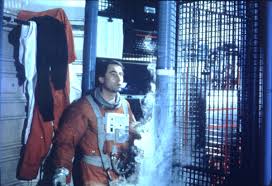 Cheers Tim, for the find.

Pervye na Lune AKA First on the Moon is a 2005 Russian mockumentary about a fictional 1930s Soviet Moon landing. The film, which went on to win many awards, was the debut of the director Aleksei Fedorchenko. 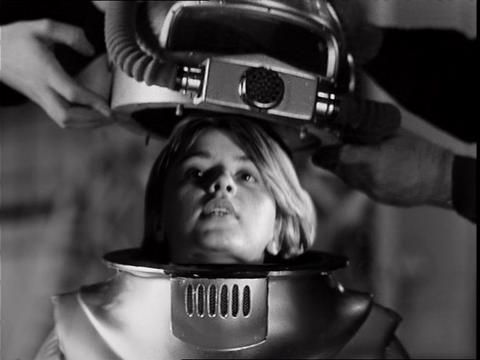 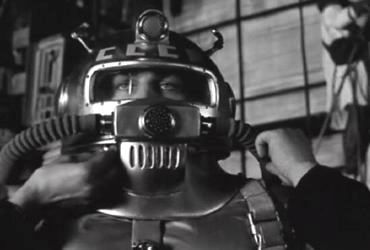 Crack in the World is a disaster movie about scientists who launch a rocket into the Earth's core to research its geothermal energy and accidentally unleash a cataclysmic destruction upon the world. Its an American production, shot in Spain over a seven week period and has absolutely no spacesuits in it... 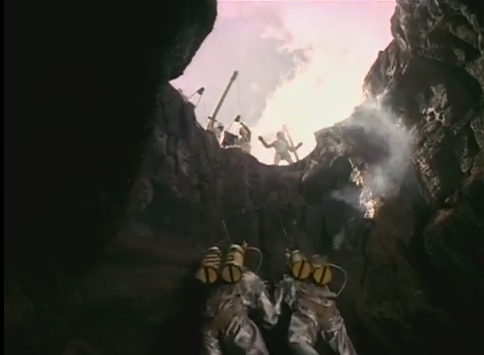 However the more eagle-eyed amongst you will recognise the helmets seen here on these volcanologists as the Men in to Space helmets which are seen repeatedly popping up in other productions through the 60s, 70s and 80s ....and this is just one more. 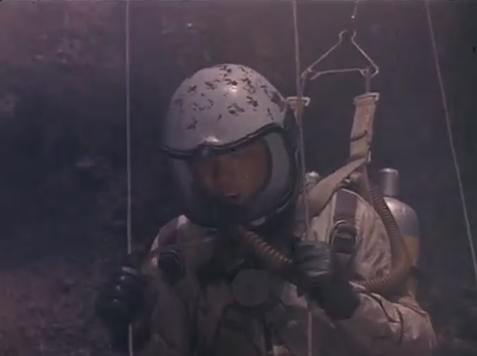 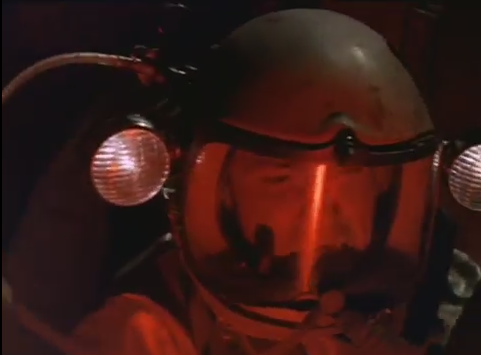 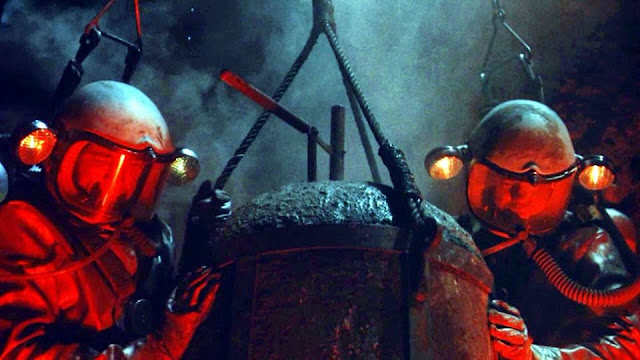 Cheers for the find Dave
Steve
Posted by Steve at 15:33 2 comments:

Email ThisBlogThis!Share to TwitterShare to FacebookShare to Pinterest
Labels: 1965, Crack in the World, film, Helmet - Men into Space, Not Really A Spacesuit but

Landing on the Moon postcard by Angus Clifford Racey Helps (????) 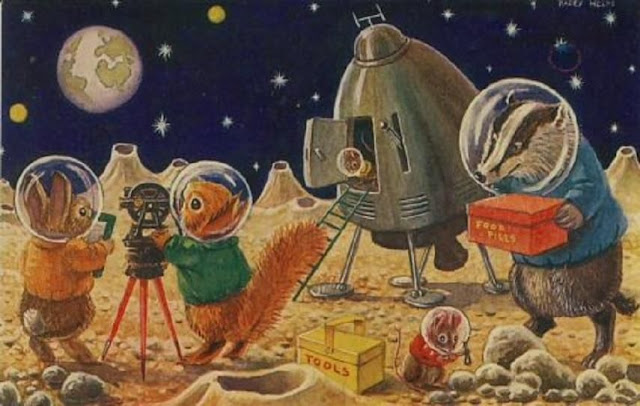 Thanks to Paul Magrs for leading me to this