So I've been wrestling with Blogger like it was Hal from 2001 but I think I now have control back with out having to pull out it's memory chips....although it came close, I can tell you!

So on with the show. And finally some words to go with the pictures...

A security agent investigating possible sabotage at a secret underground research facility discovers that a chain of murders has occurred, apparently engineered via the supercomputer NOVAC which coordinates base operations and its robot minions, GOG and MAGOG.

I've never had the pleasure of this 1954 movie but have given it a quick viewing this evening online and its looks pretty good.

Obviously those spacesuits are familiar to regular followers as Destination Moon spacesuits with helmets from Cat-Women on the Moon, or some yet to be pinned down earlier film, 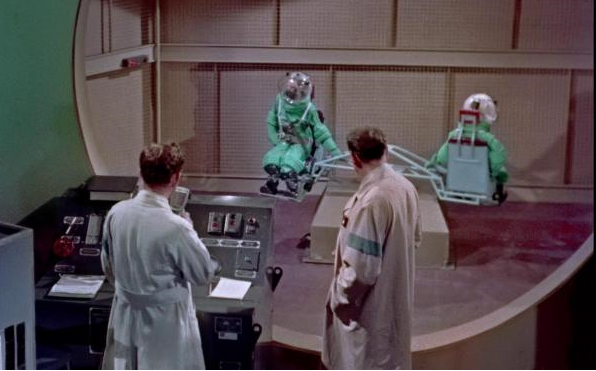 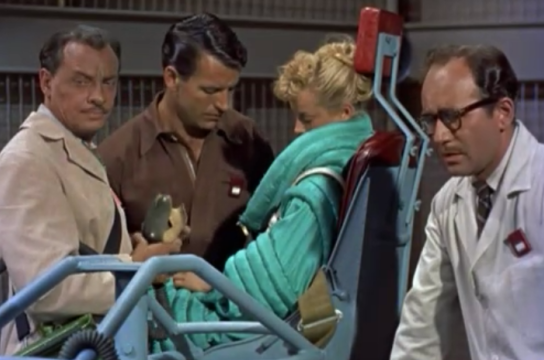 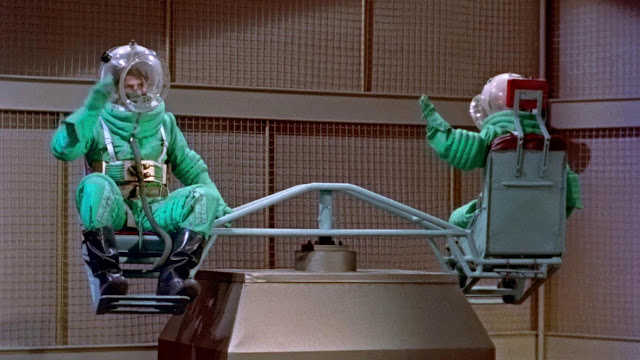 I think this is a first for this site so lets just get in there and explore our very first Horsestronaut in the form of Mister Ed, season 2, episode 2. 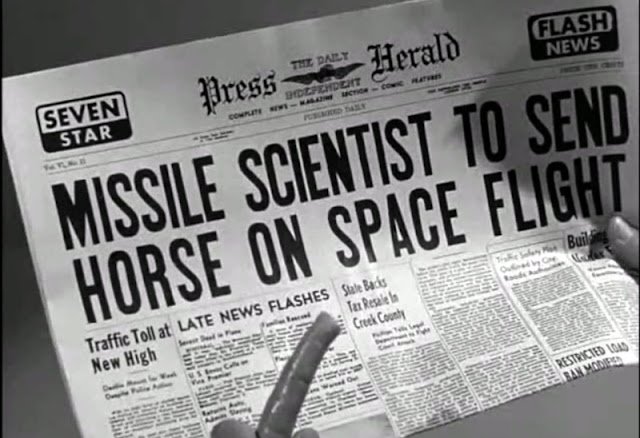 Now for those of you that don't know, Mister Ed was an American television comedy show that ran from January 1961 to February 1966 and featured a talking horse as the titular star.  It lasted for 143 episodes.  I may have seen s couple of them back in my youth during the summer holiday schedule but for the most part I don't think it ran very often on this side of the pond, so I would never have discovered this one without the help of one of our long standing blog followers.

So, according to Wikipedia the episode synopsis is;

"In order to appease Mr. Mencken, a potential new client, Wilbur takes an office downtown. Ed now feels unwanted and attempts to become the first horse astronaut into space. Ed goes to the space center and passes the intelligence test. The day of the flight, Wilbur rushes to the space center, but the rocket is just taking off. Mr. Ed shows up and tells Wilbur they picked another horse at the last minute because Ed was too heavy." 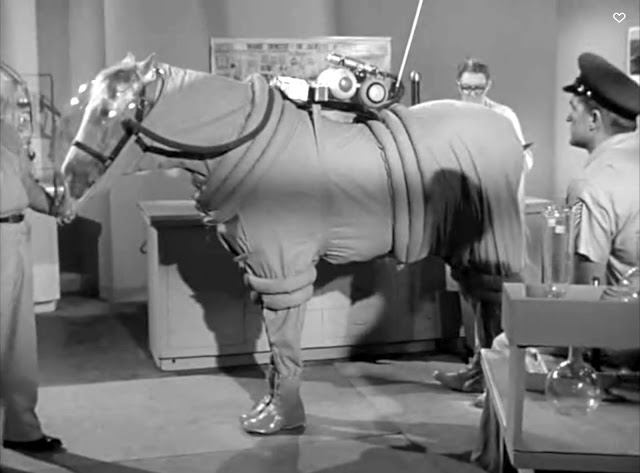 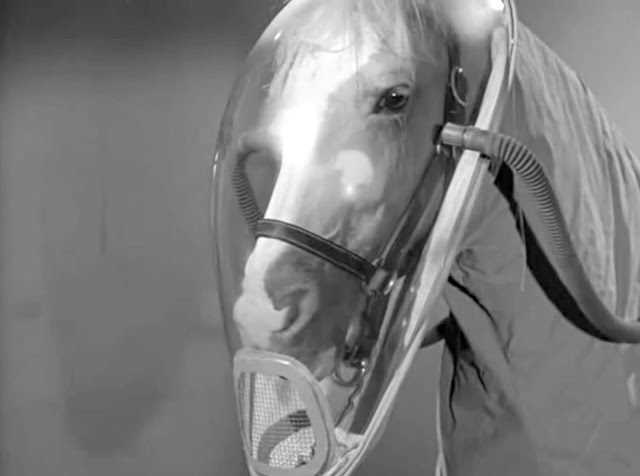 Its a cracking job isn't it and its fun to note that they've left a little grill in the horse shaped fishbowl (?) helmet so that the 'actor' can still breath with out steaming it up and obscuring his talent.
If we never see another horse shaped spacesuit again, I still think we've already seen the best.
Big thanks to Bill for this find. You are a good friend to the blog and its greatly appreciated.
Steve
Posted by Steve at 16:49 6 comments:

Here's an old chestnut from my misspent youth; the remake of The Magnificent Seven in space, also known as Battle Beyond the Stars.  I'm half way through a rewatch this very evening and have rediscovered a very forgettable spacesuit scene. 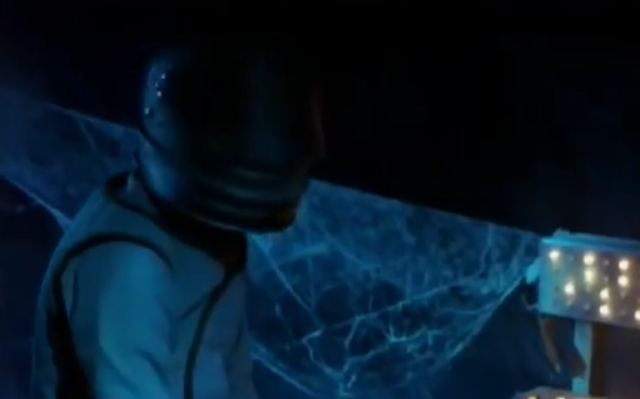 I had spotted a hint of a space helmet when Richard Thomas first enters the spaceship Nell but had assumed it was there as set dressing but no, about 30 minutes in and it actually gets a bit of airtime. 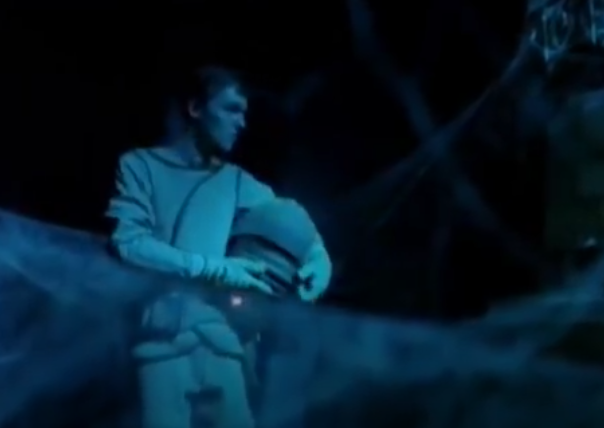 These are not the best images in the world but then its not the best space helmet either.  Still, that's another one added to the list that we didn't have before

Email ThisBlogThis!Share to TwitterShare to FacebookShare to Pinterest
Labels: 1980, Battle Beyond the Stars, Bike Helmets, film 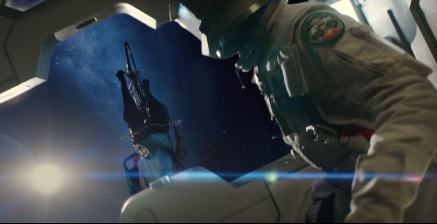 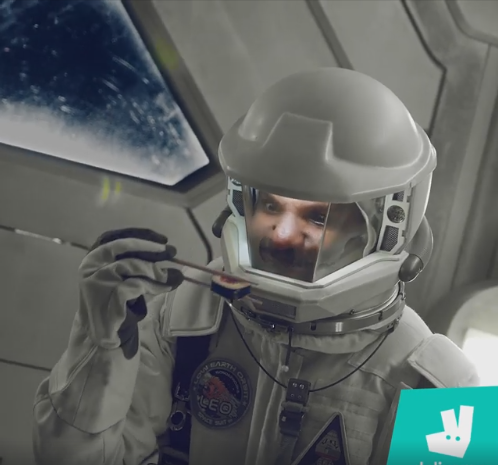 I've had these images saved from when this advert first aired but was interested to just read that it ended up getting banned for false advertising in the UK.  i.e.; Deliveroo cant really get a food order to your orbiting space station!  I have mixed feelings about this because on the one hand its sort of important not to lie in adverts and make false promises but equally what happened to a sense of humour! 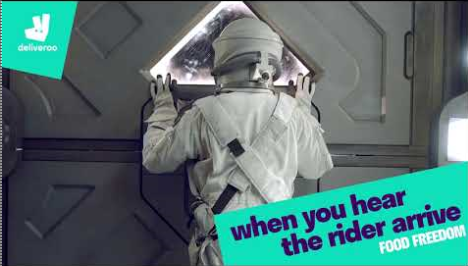 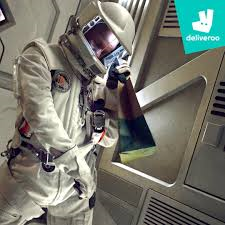 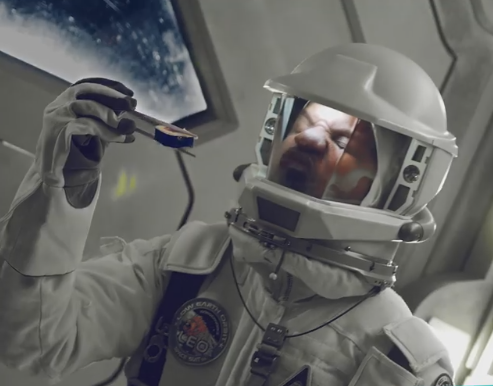 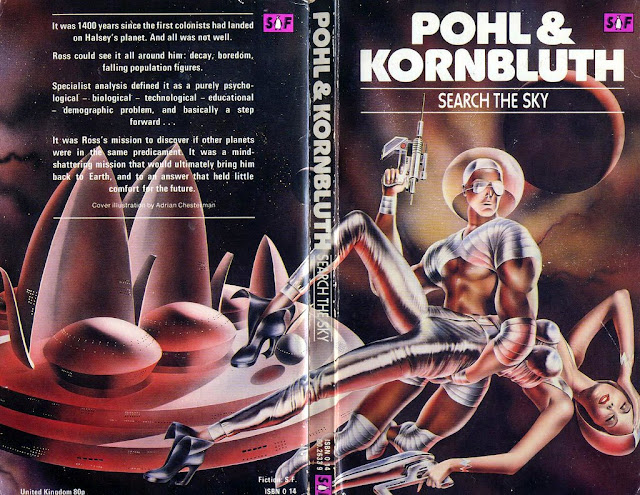 I nearly bid on a copy of this the other day just because I liked the cover but then I heard the creak of my bookshelves and decided to hold back.  On the plus side it made me do a little investigation. 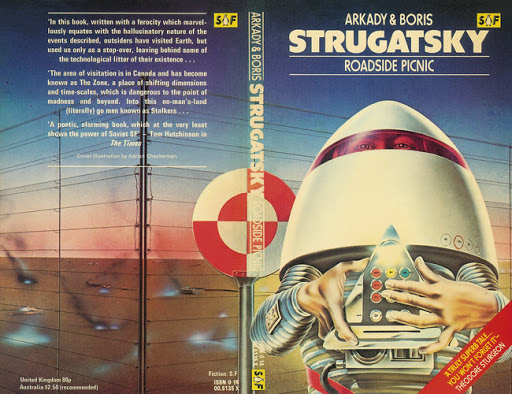 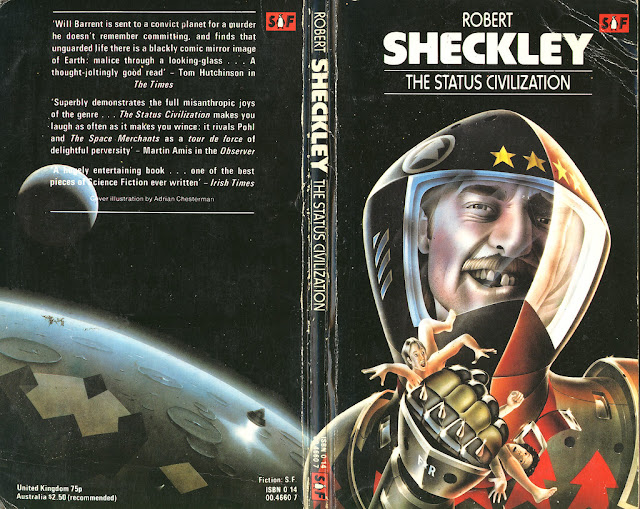 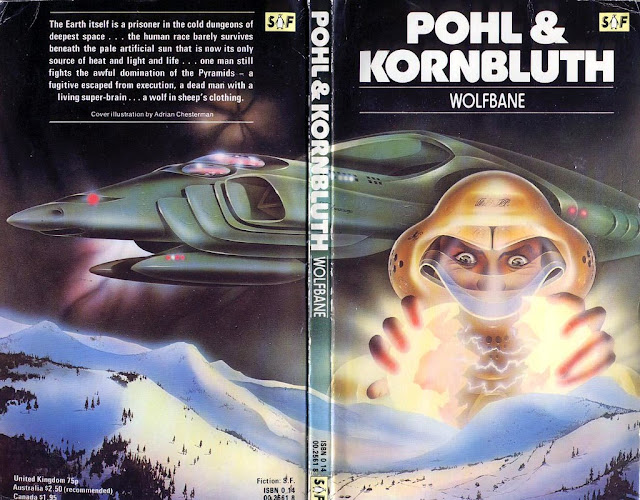 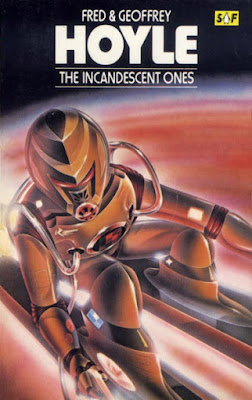 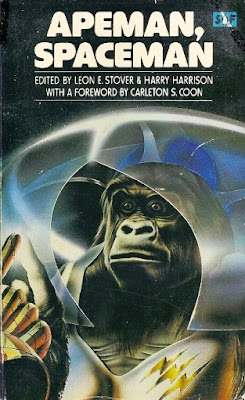 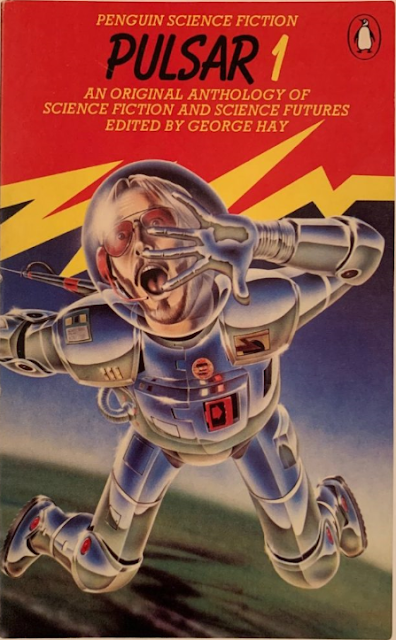 Well these are rather lovely, aren't they.  For obvious reasons I've selected the covers with spacesuits in them but if you go google image; Adrian Chesterman, you will find a lot of very beautiful icon book covers from the 70s and 80s. Enjoy, I know I did. 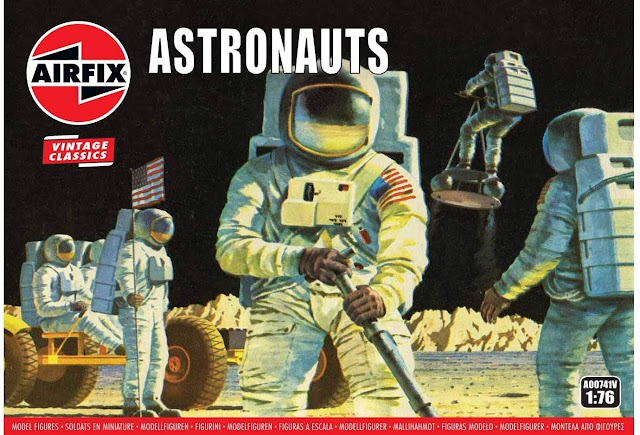 A classic set of 1:76 scale figures originally released in 1971 and still available to this day.  Its nice to see the box art remains almost the same.  As a kid I spent as long staring at that picture as I did painting and playing with the figures. 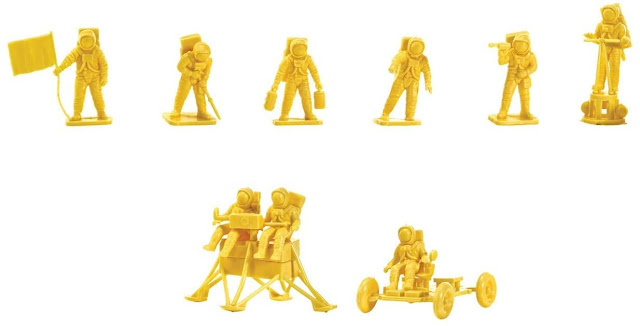 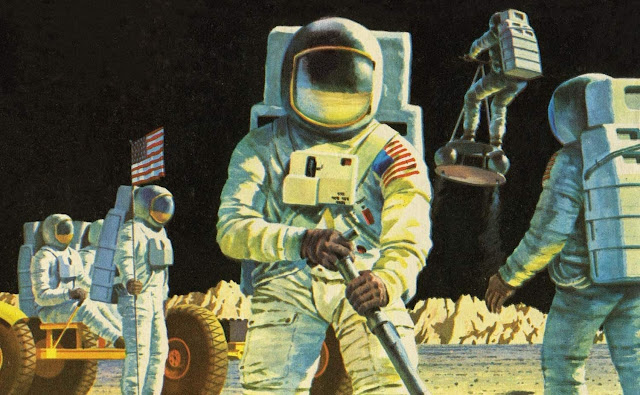 I've yet to read the article but this Polish film is featured in the latest copy of Infinity Magazine (#25) which is nice because it brought it to my attention.  Unfortunately I've not seen the actual movie so you lot are going to have to tell me if its any good or not.  Swanky spacesuits though! 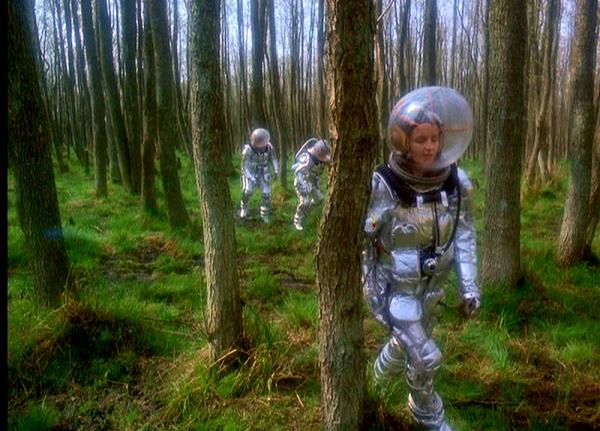 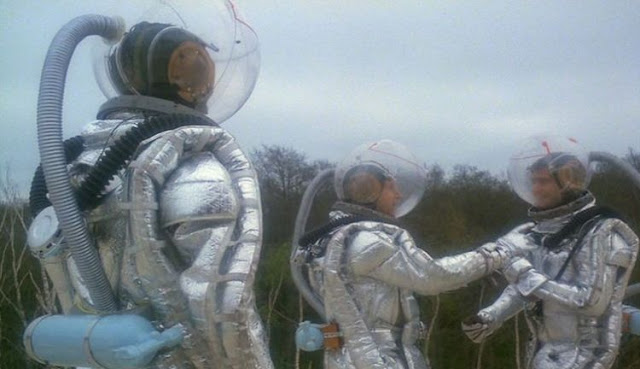 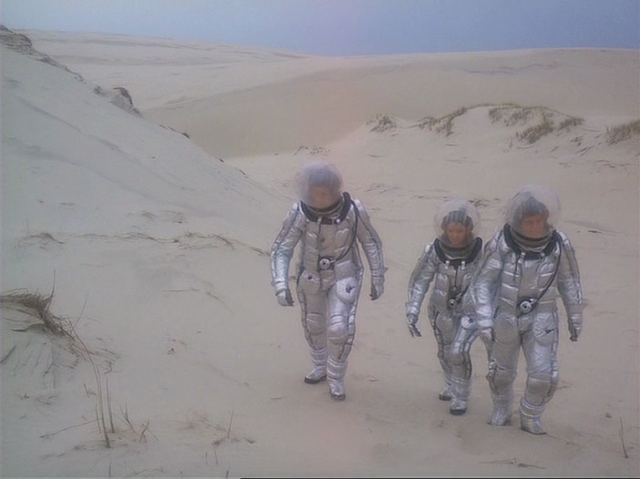 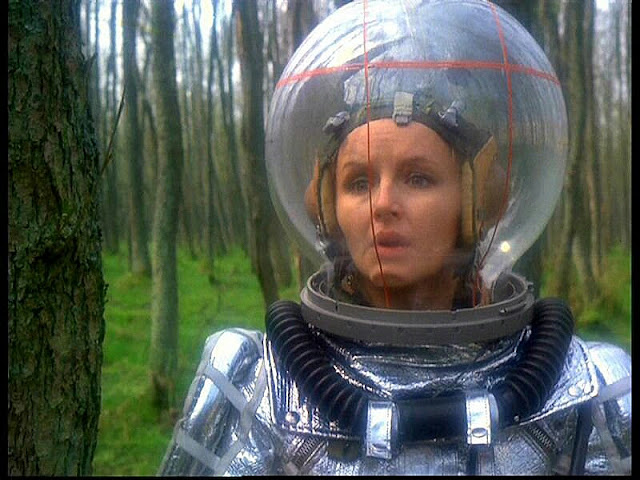 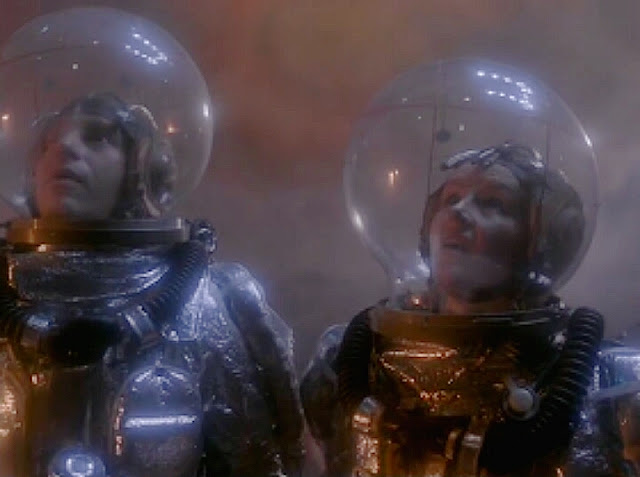 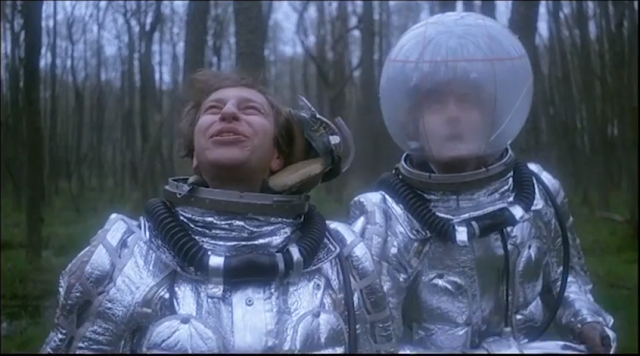