With 3517 page views so far, my first Saturn 3 gallery has at least a third more hits than any other single post for any other film featuring spacesuits. 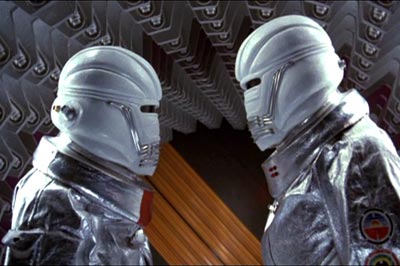 That's kind of weird because I could probably prove for a fact that Saturn 3 is not a clear third more interesting than any other sci-fi film ever made. 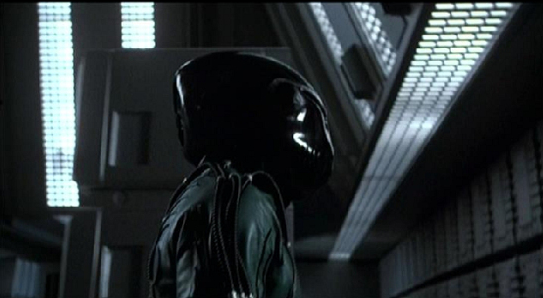 Nor for that matter are the spacesuits in it a 3rd more interesting than any other spacesuits seen on the backs of other actors in other films. 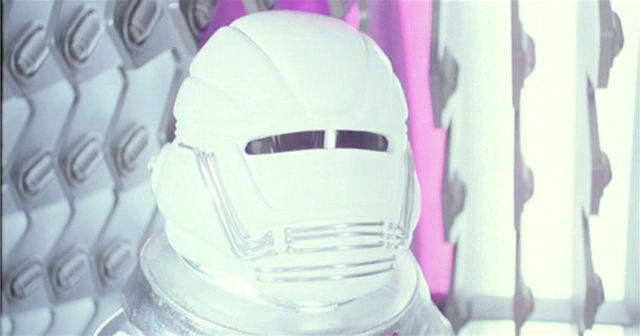 As such I invite comments from anyone who might have an inkling as to why this post should prove to be so popular. 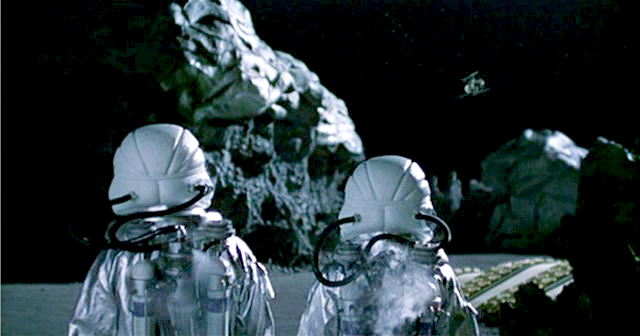 It's a bit of a mystery 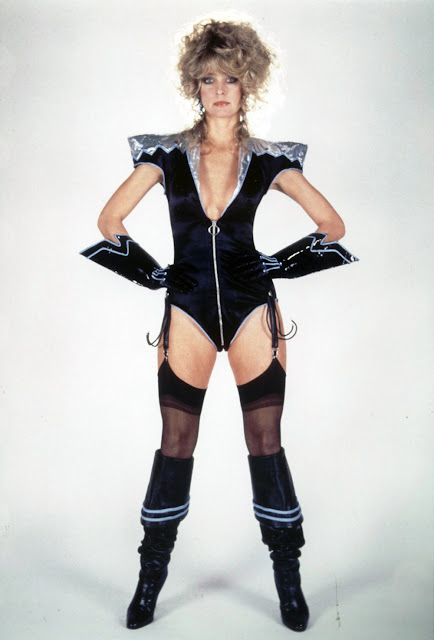 One that me and Alex here intend to get to the bottom of.
... but not right now.
It's almost midnight here in Blighty, so its time for all good boys to go to bed. 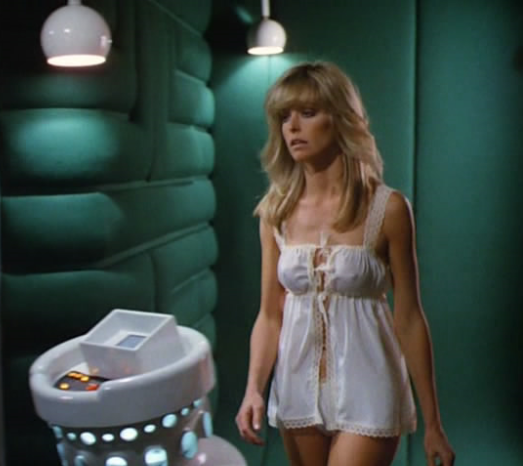 You lot however should be ashamed of yourselves.
Dirty boys, you're giving the Internet a bad name.
Steve
Posted by Steve at 15:50 2 comments: 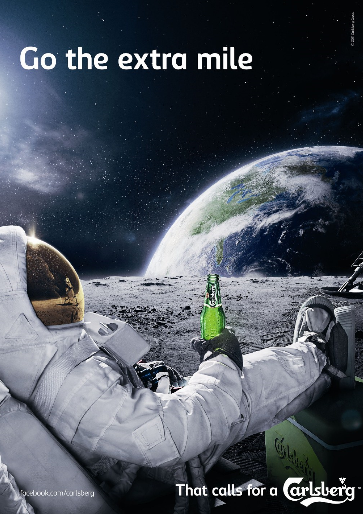 Image lifted from the TV advert of the same year but still nice to see again.
Cheers Brad
Steve
Posted by Steve at 15:05 No comments: 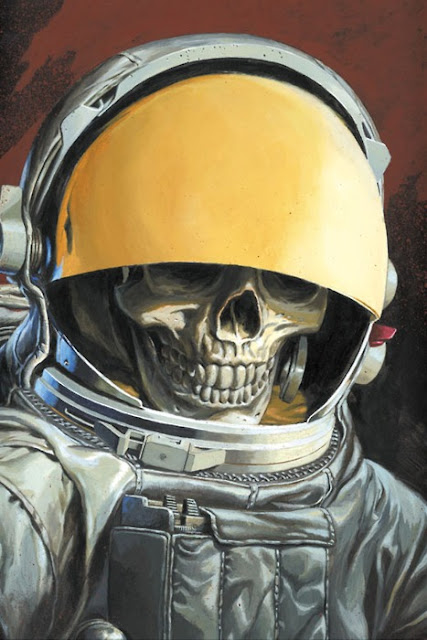 A rather lovely bit of cover art by J G Jones adorned issue 15 of the Vertigo Comic series.  Y: The Last Man.  Working in a comic book store back then, I managed to read a lot of these but changed jobs before finding out how the series wrapped up.  I actually can't remember too much about the series apart from it being the tale of a man and his monkey walking through America to get to his girlfriend after some event has seemingly killed off every other man on the planet. 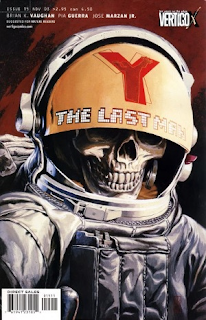 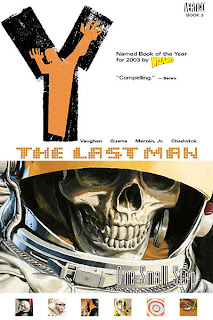 Its available in graphic novel form for those that fancy a read.  I can remember how this astronaut fits into the story but not his fate - although the art work would suggests an ominous ending!  I may well revisit the series myself at some point.  Did anybody make it to the end of the series?  Is it worth the investment?  Feel free to give it a thumbs up or down in the comments below. 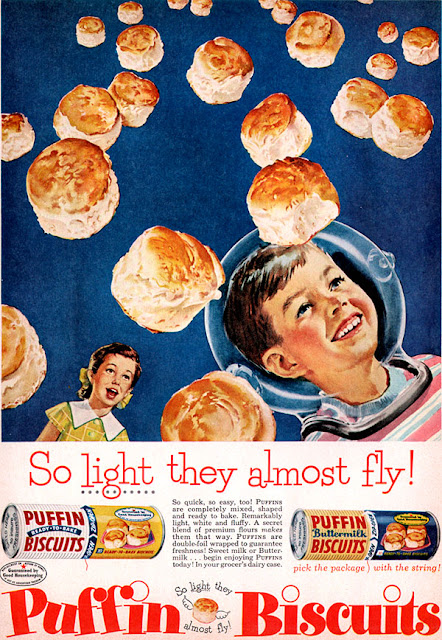 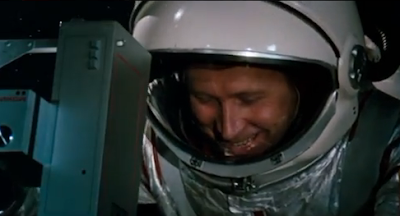 I quite like the occasional comic book and don't mind the odd superhero, however I just can't get on with Superman in any form.

With that said it may come as no surprise that I haven't seen this particular film or am I ever likely to so it's a big thanks to blog-follower Tim for pointing out this small scene of interest.

What makes it especially good is that I've a keen eye for a recycled prop and I think I've spotted a
couple here. 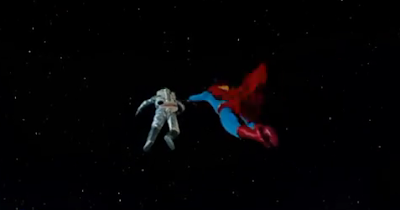 The backpack is an absolute definite reuse of the Outland backpacks, made for that film, as this behind the scenes image will reveal. 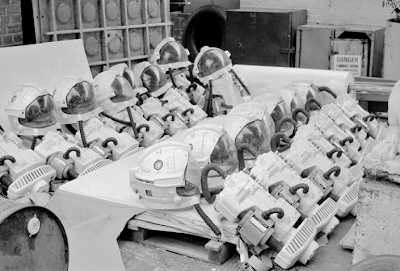 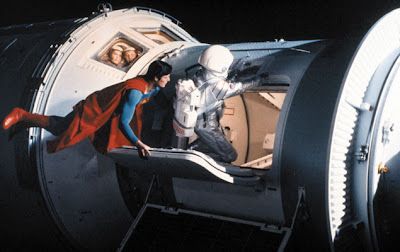 The second observation is that the helmet may be the same as featured in Unidentified Flying Oddball or whichever of its various titles you care to know it by. 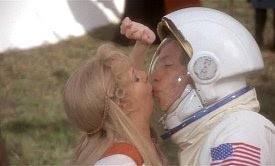 It's hard to be certain and its a safe bet that that production had recycled it from somewhere else before but it does have quite a few distinctive features.  As ever with these things feel free to correct me if you know better.
Steve

Planet of the Apes A Gallery of Spacesuits 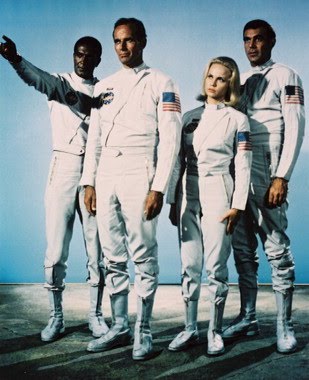 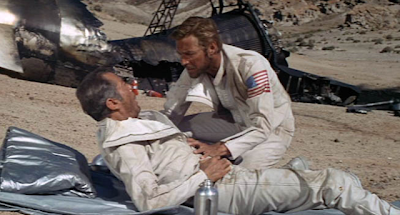 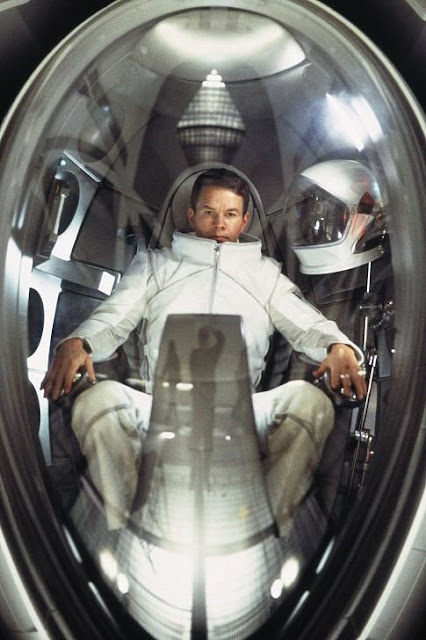 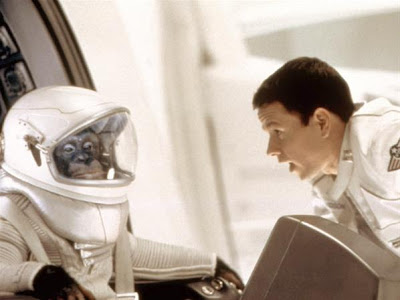 ...and again
Still waiting for that apology, Mr Burton.  That was my childhood you pissed all over.
Steve
Posted by Steve at 16:38 1 comment: