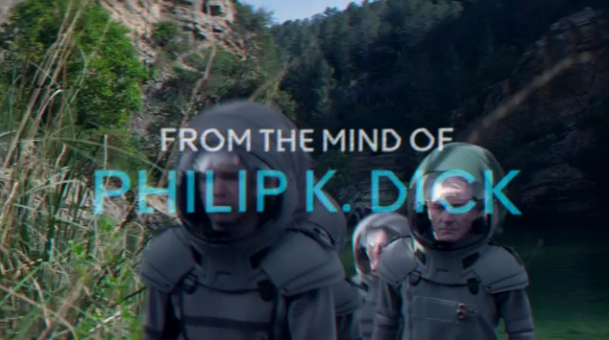 I was already quite excited about this show from the initial trailer;  It's the work of Phillip K Dick, it's a sci-fi anthology TV show and the cast contained some impressive acting talent. 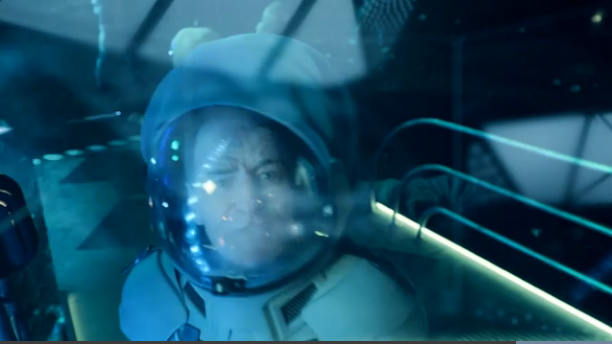 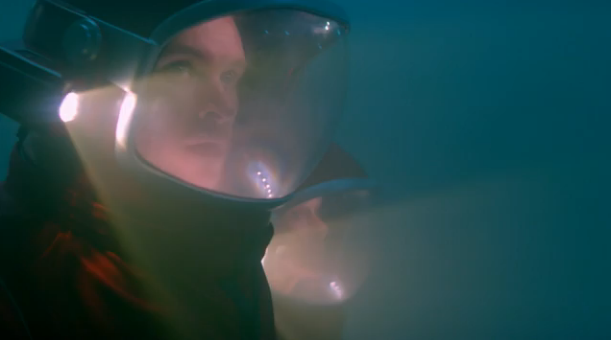 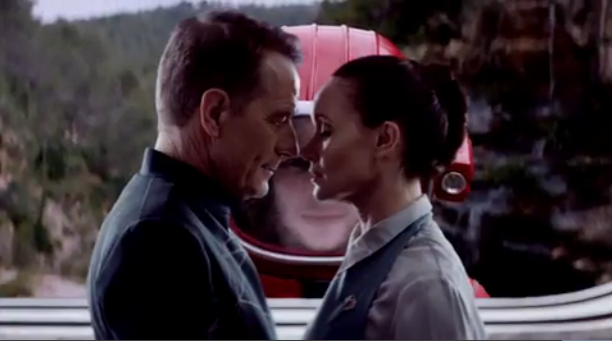 However, the space helmet featured at the end of the latest trailer has left me gobsmacked. 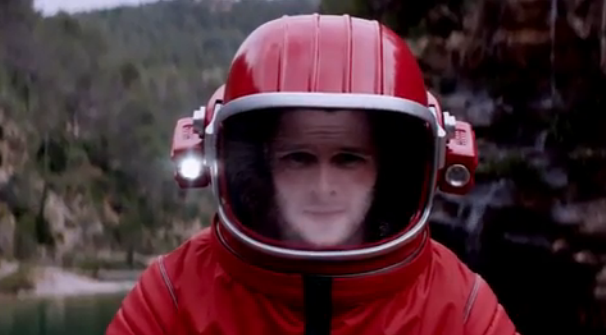 If that's not an original Doppelganger / UFO helmet, then its a very deliberate replica (With additional side lights). 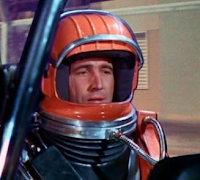 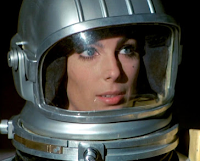 Whilst these have had quite a bit of a career appearing in any number of TV shows, book covers and adverts, I don't believe I've got anything later than 1975 for them in the blog.  Quite where its been in all those years and why it's come out of retirement now remains to be revealed in the coming months but somebody out there knows their science fiction icons. 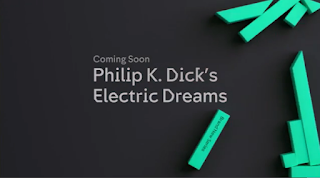 Some must watch TV, I think and most probably a few magazine interviews to be read afterwards.

Thank you Dave for the heads up on this.

The Interpreter by Brian Aldiss. Cover by Bruce Pennington (1973) 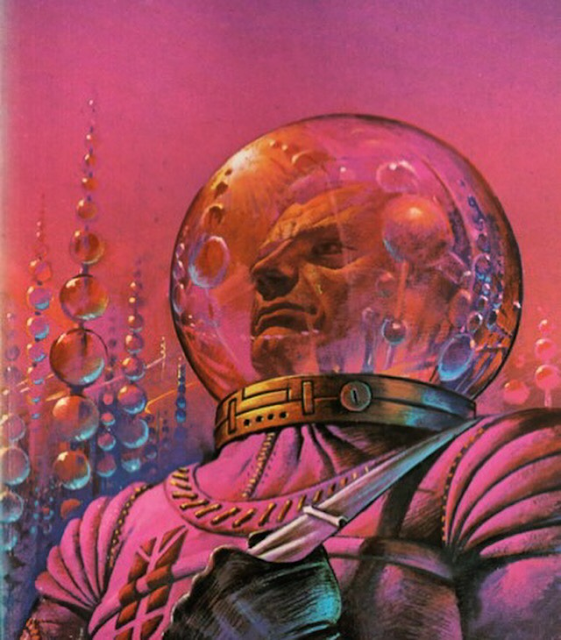 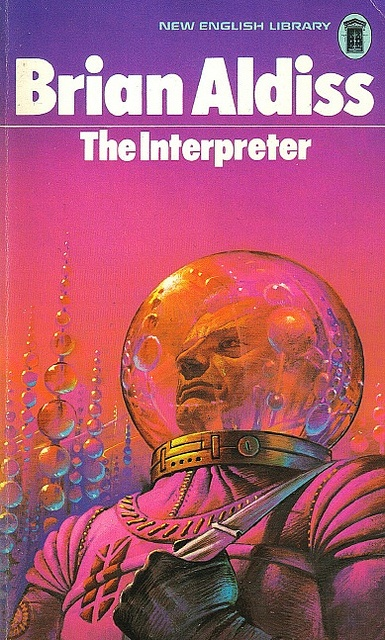 A bit of a classic cover as far as I'm concerned.

Black Holes: How Embarrassing To Be Human (2017) 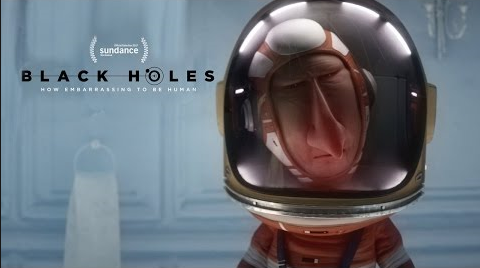 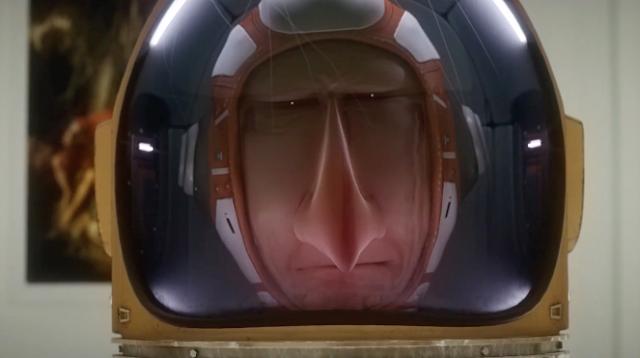 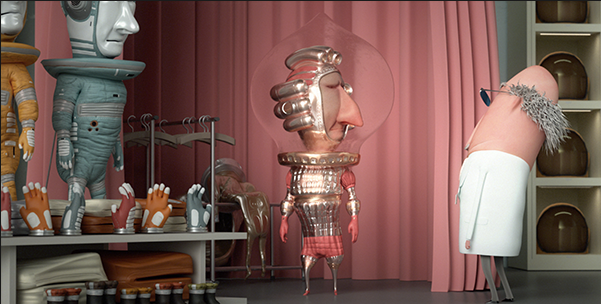 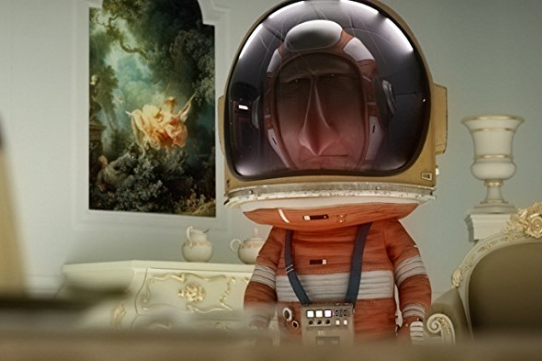 Images from an amusing animated short which can be viewed here: https://www.youtube.com/watch?v=TeQi4zbT8fA  as well as various other places.  A quality visual that also raised a smile or two.  Well done.  More please.

From the rather excellent reimagining of Battlestar Galactica comes this space suit from Season 1 Episode 5 entitled: You Can't Go Home Again. 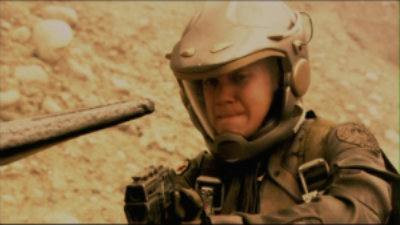 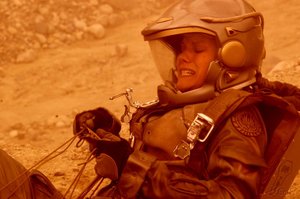 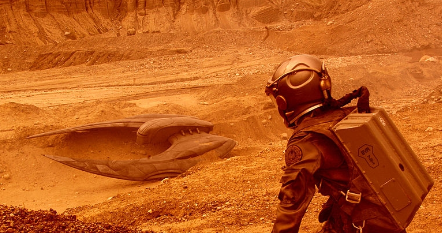 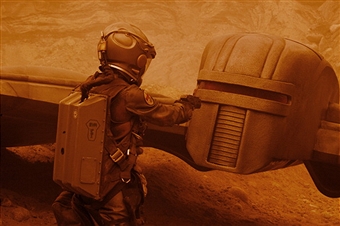