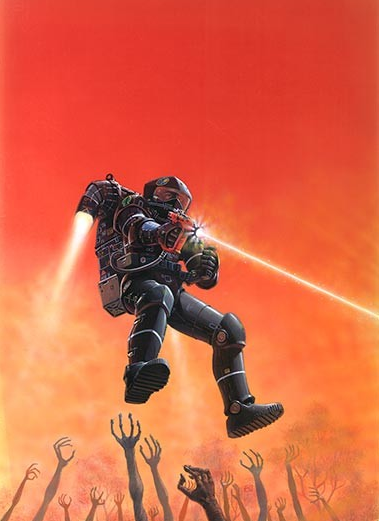 Here's another picture that's done the rounds over the years but which appears to have started life as the  cover for a Harry Harrison short story collection entitled; Prime Number.  The art is by Peter Elson and we will be back in the future to look at more examples of his painted spacemen. 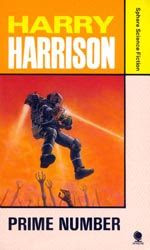 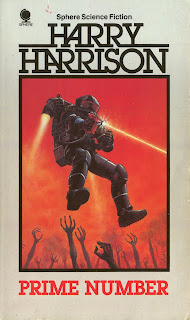 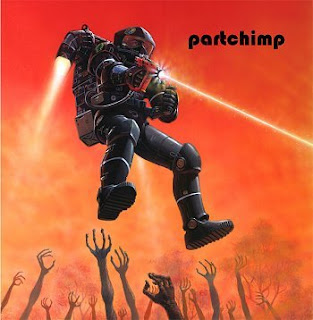 I'll dedicate this to Mr Primate, a blog follower who helped out with a previous post but also for reminding me of this image and how good it is.

Another fine example of a skull in a space suit but who's the artist, what year is it from and what book covers was it used on.  I'll update and file it away with corrected labels just as soon as. 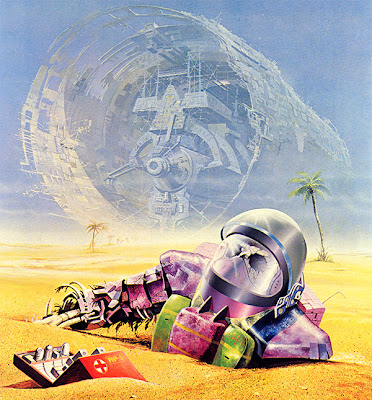 I've got a feeling I'm going to kick myself over this one when the answers come in.

News just in.  The artist is Angus Mckie, the piece is untitled but has appeared in a number of places, see Mr Primate's comments below - (Many Thanks, Sir) and also, which is probably where I know it from; Paper Tiger's; The flight of Icarus. 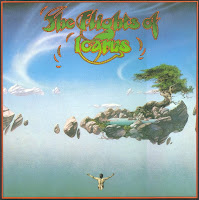 And the cover of an issue of White Dwarf. 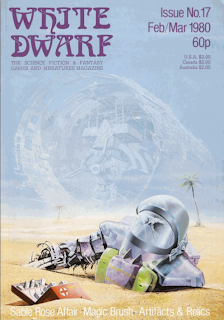 And on this Sci-Fi anthology 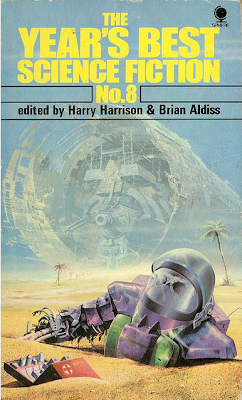 And a version of it appears here, as well, as the DVD cover and previously the video cover, for Def-Con 4.  But is this Angus Mckie or just a rip-off homage.  Thank you Ash Kalb for the find. 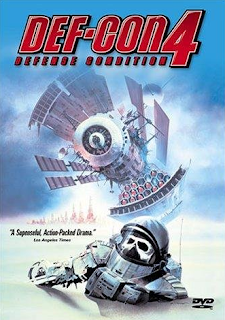 And the French hard back edition of Dune (thanks Filou) 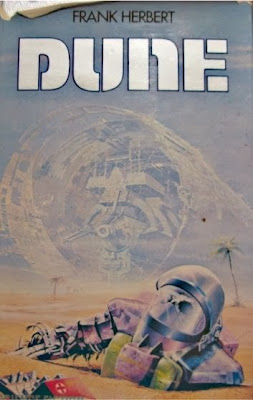 Photograph by John Eder, with a big thanks blog-follower Tim Armstrong for tracking the information down.

I've no idea what this picture is about or from whom and where it originated but I love it.  So I'm going to throw it out there to anyone that knows and can shed some light on the artist so we can name check them. 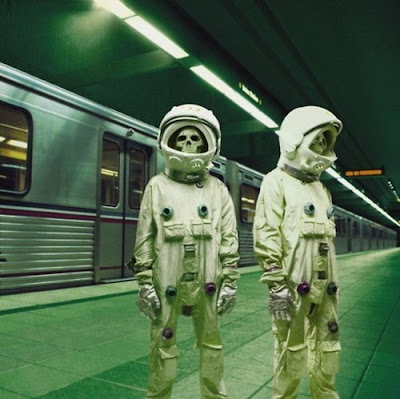 As promised, here's the space battle from Moonraker.  Loads of goodguys and badguys Star-Wars'ing it up at a time when that seemed like a good idea. 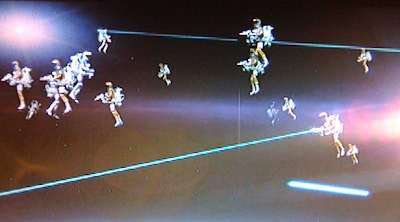 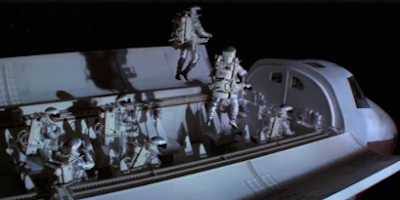 I've been away on my holidays and what with work commitments as well I've neglected this blog somewhat during the merry month of June.  So to get a few posts in the bag lets have a look at a suit from a film that's been so well documented over the years that there's little I can add here.  So simply enjoy the pretty pictures. 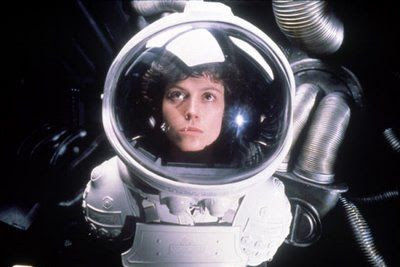 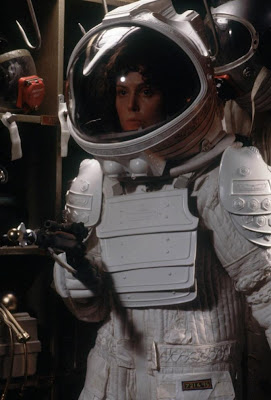 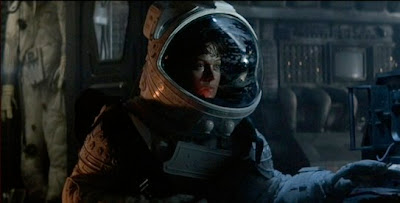 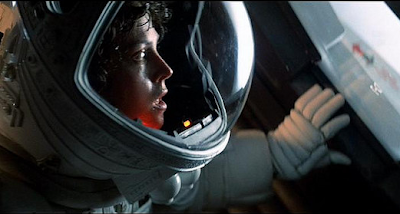 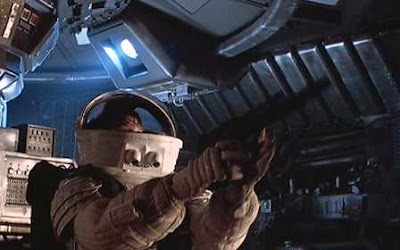 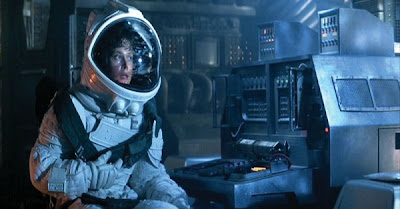