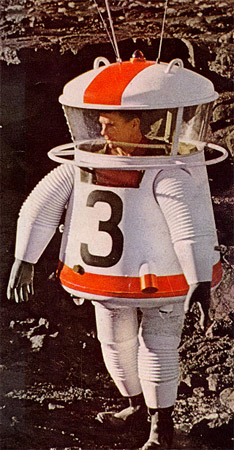 This is, or was, the Grumman Moon Suit as it appeared in Life Magazine, April 1962. Now as goofy and impractical as this appears to be it must have impressed somebody over at NASA because in the November of that same year The Grumman Aircraft Engineering Corporation became the chief contractor working on the Apollo Lunar Module. An equally eccentric yet much more successfully designed piece of space hardware; the ALM genuinely made it all the way to the lunar surface just 6 years and 9 months later. The Grumman Moon Suit, however, only got to pretend, faking it here in the Mojave Desert, California. 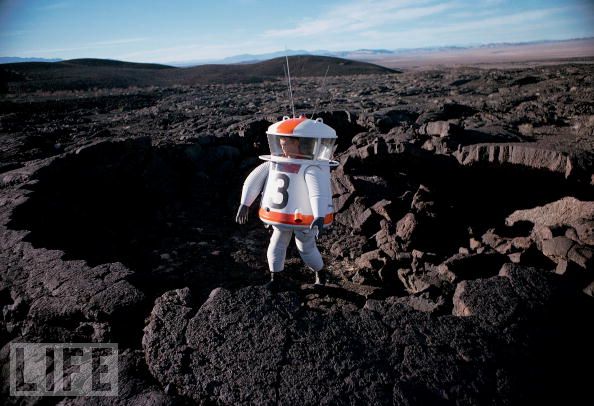 And that would have been the end of things except that something very much like this design appeared as part of the very popular and fondly remembered Major Matt Mason toy line. 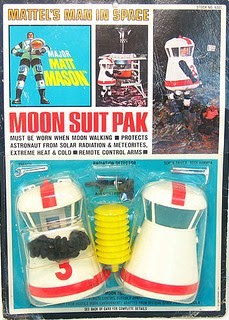 These space based action figures and accessories waxed and waned in parallel with the general public’s interest in the real moon missions.  So in a way, fuelled by the imaginations of children high on that very first moon landing in July 1969, the Moon Suit most probably fulfilled its destiny any amount of times thereafter..... whilst never actually leaving the living room carpet.